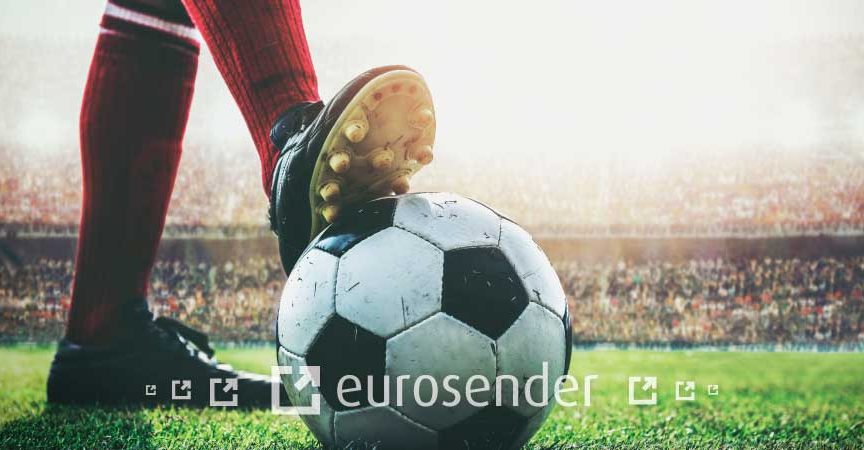 Football fans across the globe were expecting a Juventus – FC Barcelona final this season, but it will be a long-awaited Tottenham – Liverpool final. Between intense screams and closed faces, between crazy comebacks and beautiful goals, this 2019 edition of the UEFA Champions League revealed its share of surprises. Are you excited about this last game? Are you going to Spain, Madrid for the Champions League final? Are you bringing your fans attributes too? If you answered with a big, loud YES, Eurosender can help you send your luggage there and back! Do not forget to pack your items well and leave some room for souvenirs too!

Ship your luggage with us!

Did you like this Champions League tournament? We sure did and here are some of the craziest games from this competition to look back at:

Probability for Manchester to qualify after the first match: 0%.

By scoring 2 goals in the first match, in the Old Trafford garden, the PSG thought they had things under control. Indeed, statistically, no team that lost the first match at home by at least 2 goals qualify for the next round. 0% probability…

And yet, during the next match, after 90 minutes of an intense game, the impossible happened. Manchester knocked out the PSG and headed for the quarter-finals. For Paris-Saint-Germain, the curse of the Remontada continues.

Probability for Juventus to qualify after the first match: 15.59%.

After Atletico’s 2-0 win in the first match, the coach, Diego Simeone, rejoiced. Simeone even allowed himself an obscene celebration at the second goal. He had reasons to be confident. Altético had a very good chance of qualifying.

But he didn’t take into account the fact that Cristiano Ronaldo was playing in the opposite team. In the second leg match, the Turin player slammed a hat-trick and sent the Colchoneros back to Madrid. His celebration on the third goal? The same obscene gesture. Revenge.

Probability for Ajax to qualify after the first leg: 6%.

On the one hand, we have Real Madrid, three-time reigning champions of the tournament and on the other hand, we have Ajax Amsterdam, a modest team, not used to beat the European giants. The last time they lifted the trophy was in 1995. An eternity…

This confrontation ends in the same way than the one between David and Goliath in the religious texts. Ajax defeated Real 4-1 and impressed Europe. Real, on the other hand, is plunging into a nightmare that will later lead to a disastrous season.

A thunderbolt struck Barcelona on the evening of May 7, 2019.

Despite a 3-0 win in the first leg, with Lionel Messi’s XXL performance, Liverpool managed the unlikely and qualified against all odds. Although Jurgen Klopp, the Reds’ coach, was deprived of his best strikers, he took his team to the final for the second time in a row.

FC Barcelona, whose declared objective was the Champions League, had to be satisfied with an exit through the back door.

Semi-final second match of the Champions League. 54th minute of play. A young Ajax fan attends the game. Energetic, euphoric, he pushes his team to the limit, which dominates his opponent 2 – 0. Only a disaster could prevent Ajax from making it to the final. At the final whistle, this supporter was stunned. The outcome is not what he had hoped for. He owes his misfortune to only one person: Lucas Moura, who scored a hat-trick!

What a tournament! What do you think about these games? Who do you think will triumph in the final on June 1 in Madrid, Spain? Leave your thoughts in the comments below!
If you want to send a package to a local supporter there, Eurosender can help you. To do this, a single click is needed.

Do you have any questions? Want to talk more about football? Feel free to contact us!

About the Author / Francois Dufaur

François is a simple man, looking for the little pleasures of life. Lover of Star Wars and hot chocolate, his purpose is to inform customers about all the trends in Logistics.