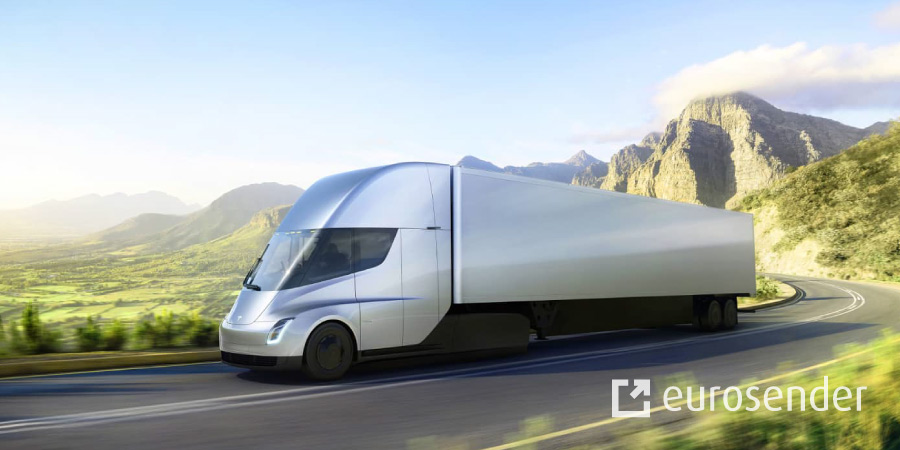 Are autonomous trucks the future of Logistics?

The use of autonomous trucks in cargo transportation is inevitable and several companies in different countries have already adopted it. Although exhaustive tests are necessary for relation to safety and infrastructure, self-driving trucks in the market are already a reality. Therefore, it is worth thinking about how do autonomous trucks work and the impact of this revolution on transport logistics.

How do autonomous trucks work?

An autonomous truck is a vehicle that does not require a driver behind the wheel. And yet it follows the route with efficiency, safety and quality. It may seem like a futuristic vision, but autonomous driving is already a reality!

What Eurosender and autonomous trucks in the market have in common?

Both bring innovation and improvement to the market. More than that, in Eurosender’s services the concept of “efficiency, safety and quality” is also at the core.

Our platform grants a range of advantages to business users. It includes free use, instant quotes, customized offers and regularly available backup freight forwarders and courier service providers. Our experts have helped thousands of businesses to find the best solution that suits their needs, no matter how big, far or ‘unusual’ their shipment is.

Register as a Business

Autonomous trucks on the road have evolved from a utopian dream to a reality today. Experts estimate that this one-way ticket for fleets of almost entirely self-driving trucks in the market will be ready in at least ten years. Moreover, the implementation of autonomous technology will occur gradually and will require more than a little supervision until the independent infrastructure is further enhanced. That means that communication lovers still have time to wave and chat with truck drivers on the traffic.

Moreover, the implementation of autonomous technology will occur gradually and will require more than a little supervision until the independent infrastructure is further enhanced. That means that communication lovers still have time to wave and chat with truck drivers on the road.

Yes. The autonomous trucks in logistics are on the rise in current discussions. With the driverless lorries being actively produced, it’s essential to understand the impact they may potentially have on the logistics industry once deployed. In addition to all the technological aspects, what changes most in the logistics industry are the methods of transporting cargo.

When will self-driving lorries be available?

Although many people believe they are only on the test phase, the presence of autonomous trucks on the road already exists. But it is still not possible to see driverless lorries on public roadways yet, due to limitations in the legislation.

The autonomous lorries need the presence of the trucker inside. And the measure is mainly to guarantee the safety of pedestrians, cyclists and other drivers, once they are in the same environment. Since accidents with driverless cars have already been computed, the human control for future unforeseen contingencies is necessary.

The scenario changes when it comes to non-public roads where the presence of autonomous trucks becomes more frequent and more common. Even so, it is usually still necessary to have both a truck driver and an engineer present for any technical and navigation problems.

Nevertheless, completely driverless lorries are already performing in the market and receiving compliments for the performance. One particular case is the Australian mining company “Rio Tinto”, which uses driverless trucks in its mines since 2012. With the capacity to transport tons of earth and ore, the trucks contributed to a 12% increase in the company’s profitability.

No. Many researchers express the opinion that initially autonomous trucks can even have the reverse effect, and employ more. As the truck fleet will increase due to the boost in the logistics sector, more drivers will be needed. The presence of a driver is essential in the truck to control any type of unforeseen event.

What is true is that eventually, with autonomous trucks on the road, the driver’s role will change. And it will be necessary for them to adapt and acquire specific knowledge, more than the generics needed previously. The manual work of the drivers will be smaller and smaller, and the functions will be more similar to the role of an aeroplane pilot. But ultimately will autonomous trucks replace drivers? At the moment, autonomous trucks will not replace drivers, as driverless lorries are not yet expected, only the role of classical truckers will slightly change.

The advance of usage of autonomous trucks in cargo transportation is progressive and made in stages. And it will eventually change the perception and role of truck drivers.

With an unclear forecast on the reaction of the logistics market and social effects, there is still a certainty. Eurosender will continue to adapt and increasingly seek to promote quality services for its customers. At present, we already have diverse, qualified and safe cargo transportation services. We offer Full Truck Load (FTL), Partial Truck Load (PTL) and Less than Truck Load (LTL) logistical services.

Positive impacts of self-driving trucks in the market:

Although a lot is discussed about the negative consequences, there are various positive impacts related to autonomous trucks adoption.

With the full presence of self-driving trucks in the market or not, Eurosender can help you. We ship your belongings and cargo most safely and efficiently.