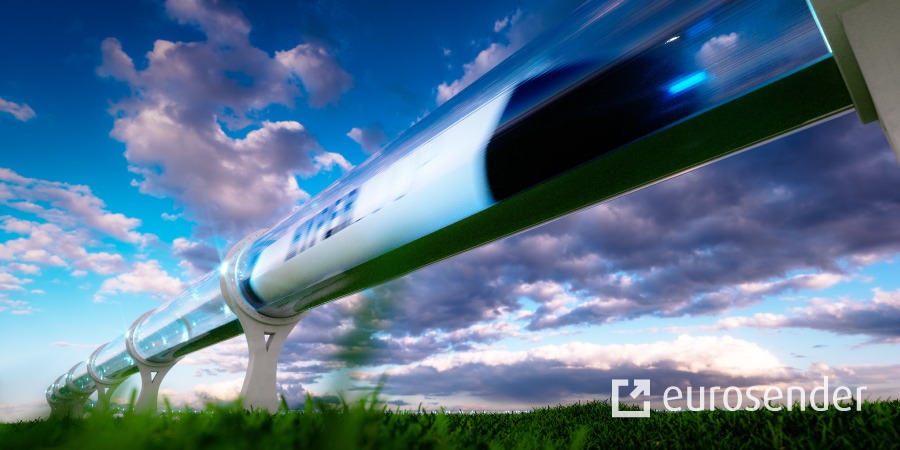 Every day, we hear about a lot of innovations driven by technology. The way we do transport is an area we have not seen a lot of improvements in the last couple of decades. An idea that was presented back in the year of 1914, is now becoming true. Today’s entrepreneurs have taken the matter into their hands and made a big upgrade on that model and soon enough, we can enjoy the benefits of the fastest transport so far. Do you wonder what is this innovation that we are talking about? Continue reading and see and how will e-commerce businesses and other businesses use the Hyperloop for freight.

What does Hyperloop mean?

The Hyperloop represents a new transportation mode, or more specifically, a sealed capsule inside a vacuum tube propelled by magnetic levitation. Sounds like something from a science fiction movie, doesn’t it? This capsule will be both for passengers and for freight and in this article, we will present the benefits for both. 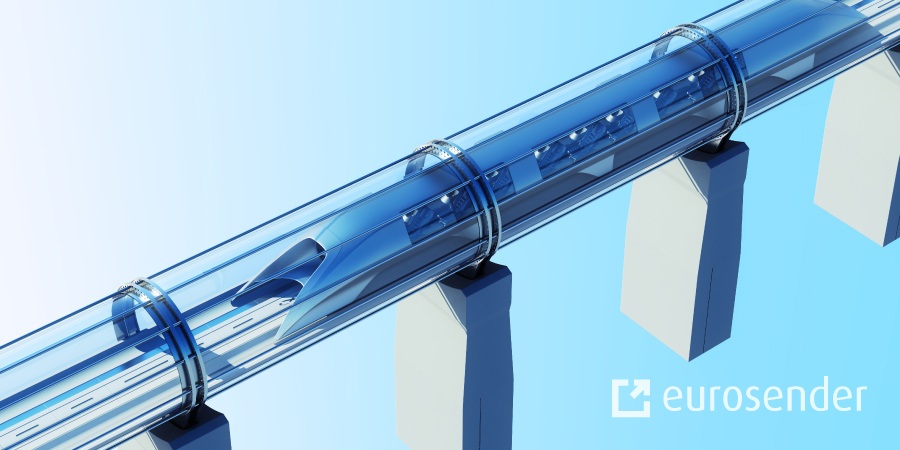 You may instantly think that the Hyperloop resembles a lot like the traditional railway. In visual terms, you may somehow be correct, as indeed, it seems like a futuristic train. The Hyperloop is a tube, or a capsule, that goes through a tunnel that accelerates gradually via electric propulsion. It is not touching the bottom of the tunnel, but rather it is lifted upwards by a magnet and it is ‘floating’ along the track at considerable speed with reduced friction. The environment the tube is in, is carefully sealed and the pressure inside the tunnel is very low, and, so the pod can travel through.

Will the Hyperloop be used to transporting freight?

The answer is yes. With the initially presented models of the Hyperloop, big containers would not be fitting inside the capsule but rather, smaller packages, or even smaller containers, would be significantly cutting on costs when transporting freight.

What does Hyperloop mean and what its benefits are?

What kind of freight can you ship on hyperloop?

It is likely that e-commerce businesses will have further growth, and the desire for rapid delivery is becoming an expectation. Therefore, businesses like Amazon that ship smaller packages and need to serve their customers with a rather faster rate, will benefit most.

The medical supply industry, as well as the food industry, will also enjoy these benefits because of the need for prompt delivery.

The way that Hyperloop is changing traditional transportation comes as a win-win for everyone – consumers want faster delivery and businesses want a more efficient supply chain.

What are the potential countries for the Hyperloop and the expected delivery time?

The Hyperloop is expected to be going as fast as 1080 kilometres per hour, or 670 miles per hour, which makes it faster than an airplane. There are several potential countries for implementing the Hyperloop at this moment in different countries and continents, too:

This information was extracted from the official website of Hyperloop One on 07.01.2020.

Will the Hyperloop transport passengers?

Apart from freight, passengers will be also able to use this transportation mode. New stations, or portals, would have to be built, resembling a lot like the traditional train station. The reason why these capsules will not be moving to the traditional train station is that they require a specially built tunnel that has very low pressure inside, as mentioned earlier.

People will be benefiting from this in the following ways:

We know this may sound like something that is not soon to be seen, but Virgin One expects to have a fully operational Hyperloop system by 2021 and by 2030 to be completely ready for the mass.

Until Hyperloop changes traditional transport, we are happy to say that we can arrange the delivery of a shipment in 24 hours, and for global routes just in 48-72 hours with our Express delivery service! We have organized the shipping for many individuals, as well as businesses, and we would be glad if we can arrange one for you, too!