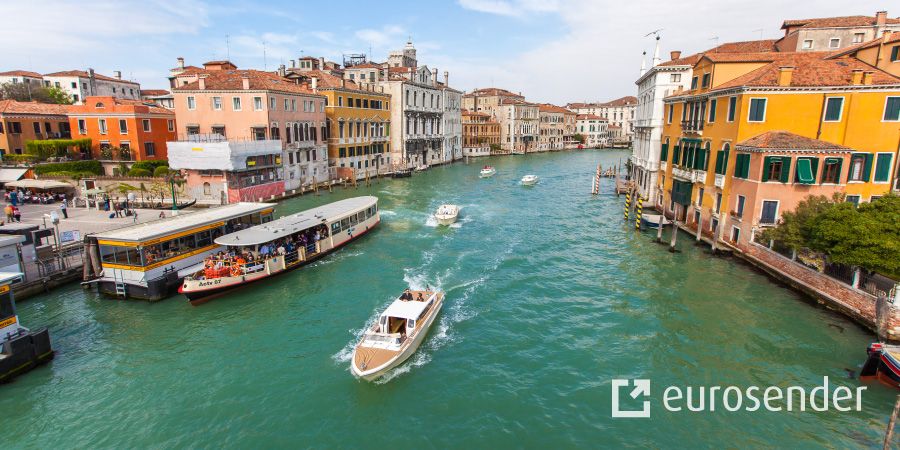 The world of logistics is constantly changing. Transport companies never stop looking for new effective solutions that would help them to better allocate their resources, further develop their business, and, what is of great importance nowadays, have a milder environmental impact. Let’s see how can waterways in cities offer an effective alternative to the traditional delivery of freight by road. We will also dwell on the advantages and disadvantages of transporting packages by city waterways.

To date, one of the biggest logistics problems in cities around the world is increasing traffic congestion due to a growing number of vehicles on roads. As a result, transport companies are spending more and more time and resources on transporting goods and commodities, and the situation with urban air pollution is worsening, as the volume of exhaust gases is also rising. One of the alternative ways of delivering freight are waterways, especially in large cities.

Transporting goods and parcels by city rivers and canals

Let’s take a look at some of the illustrative cases of how using rivers and canals for logistics purposes in some large European cities is possible.

In the city of Utrecht in Holland, some of the transport companies have been using the waterways in order to deliver goods to approximately 70 companies located along the canals of the city for more than 20 years. For this purpose, the city authorities rent special boats to companies performing such deliveries. It’s worth noting that these boats used to run on fuel, but in 2010 they were replaced by electric, “pollution-free” boats.

In another Dutch city, Amsterdam, municipal electric boats called City Suppliers are widely used to transport goods and commodities across the city using its considerable range of canals. As for the courier service providers, DHL – one of our reliable partners – is a good example of implementing a new logistics concept in terms of parcel deliveries in Amsterdam. DHL has created floating distribution centers in the form of special boats navigating the city canals and transporting packages to points from where couriers on special bikes or electric vehicles deliver them to their destination addresses, fulfilling in such way a last-mile delivery service. 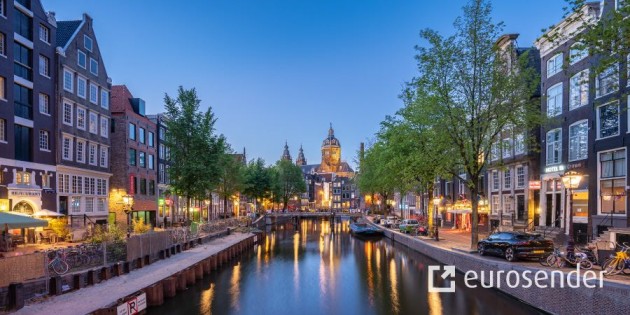 It is interesting that even in the cities which do not have many canals, water freights are more and more widely used for logistics purposes. In Paris, for example, logistics companies use the River Seine to optimise the process of transporting goods and parcels throughout the city. A company named Vert chez Vous, a specialist in ecological and non-polluting urban logistics, is already changing the logic of urban distribution.

Since 2012, Vert chez Vous has been using its barge Vokoli on the Seine. The company performs on-the-water delivery services by storing goods on the barge and then transporting them to stop points where the delivery process is taken over and finalised by using electrical tricycles. Having up to 20 tricycles which can each transport up to 160 kg of goods at one time, the company delivers 1500 packages on average on each day of the week (except Sunday).

One of the interesting examples of switching to transporting goods by city rivers can also be seen in London. In 2007, Sainsbury’s (the 3rd largest chain of supermarkets in the UK), instead of doing it by road, started to use barges on the River Thames to deliver goods from its distribution centre to its stores located in different parts of the city. The test was proved successful (including the delivery of time-sensitive goods) and, according to the company, delivering goods this way enables it to save up to about 350 thousand road kilometres per year.

What are the advantages and disadvantages of delivering freight by waterways?

Among the main advantages of using city waterways to deliver goods and parcels are:

As for Some of the disadvantages related to transporting goods and parcels by city rivers and canals, are we could note the following:

To make a conclusion to this section, we could say that water freights have some drawbacks that should be always taken into account. At the same time, they can be an efficient alternative method of transportation for some logistics businesses, at least when not replacing the existing methods of delivery but contributing to them.

The importance of reliable and cost-effective logistics services

We at Eurosender are aware of the importance of high-quality, flexible and affordable logistics services and, in particular, transportation services for businesses and individuals. Given this, our goal is to provide our clients the access to best practices and services in this field. Eurosender is always open and ready to assist you should you need any transportation services, or should you have any logistics issues. Discover our door-to-door delivery services and make us your reliable partner!

Ship with us!
Choose your language
Categories
Top 50 Shipping Blogs

Come and meet us!