What Is Santa’s Address in 2019 and How to Receive a Response Before Christmas?5 min read 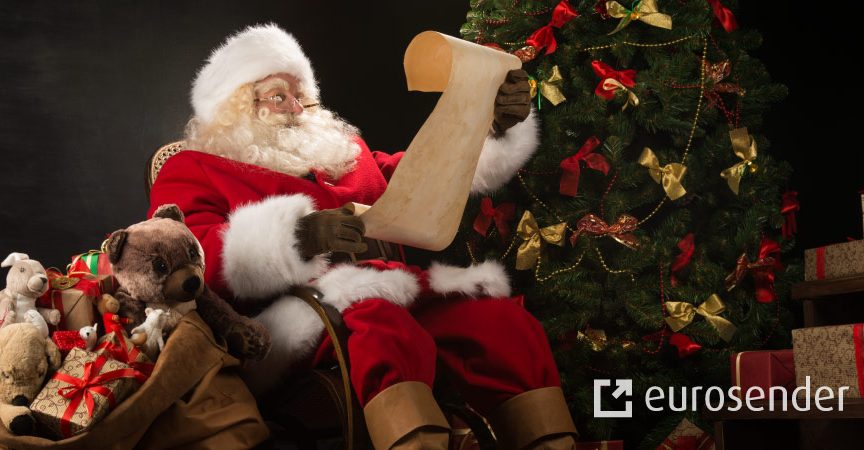 At Eurosender, we know how you can make an unforgettable gift to your children and help them send a letter to Santa Claus! But do you know what is Santa’s address in 2019? We prepared for you three ways how to reach Father Christmas and even receive a real letter from Santa. No matter where you live – in Europe, Canada or the USA – there are different Santa Claus addresses that are available for you. Hurry up, Santa is waiting for your letter!

Christmas holidays are the perfect time for miracles and fairy tales, and Santa Claus, of course, is one of the most important parts of Winter magic.

During the whole year, children all over the globe try to behave well as they believe in Santa, the big jolly man in red who brings presents on Christmas Eve to all good boys and girls.

If you want to strengthen your child’s faith in Santa Claus or just want to make a big surprise, here’s how you can send a letter to Santa and receive a response!

Actually, there are three of Santa’s addresses in 2019. You can choose the one depending on your location. You can reach Santa by sending a letter to the North Pole, as his mailbox is located in Lapland (Finland). Or you can participate in USPS Operation Santa and finally, you can write to Canadian Santa’s office. Keep on reading to find out how to do it.

How to send a letter to Santa to the North Pole?

Perhaps you didn’t know it, but so-called ‘real’ Santa Claus lives in Lapland, Finland! You can meet him at the Santa Claus village in Rovaniemi and enjoy the magical atmosphere there. Every year, half a million people come here to plunge into the real fairy tale of their childhood.

Father Christmas has a real mailing address and you or your kids can write him a letter and get a response. All you need to do is send your message to Santa Claus address:

Keep in mind, that if you have something to say to Saint Nick and want to get a letter from him before the New Year’s Eve and Christmas, you should start writing right now. Every day, Santa and his helpers receive about 500,000 letters! Moreover, consider the time needed for shipping your letter to the addressee.

After that, start waiting for Santa’s letter which he will write at his Post office. Soon you will receive an envelope from the North Pole sealed with a Christmas stamp and with the Arctic Circle postmark. Each letter also includes a certificate of niceness and a postcard to colour in.

Interesting fact: not only children send letters to Santa, however, some adults also participate in this wonderful ritual. Thus, Santa’s post elves once reported they receive letters from famous politicians and even celebrities!

Don’t worry if you can’t speak Finish as you can send letters in 13 different languages. 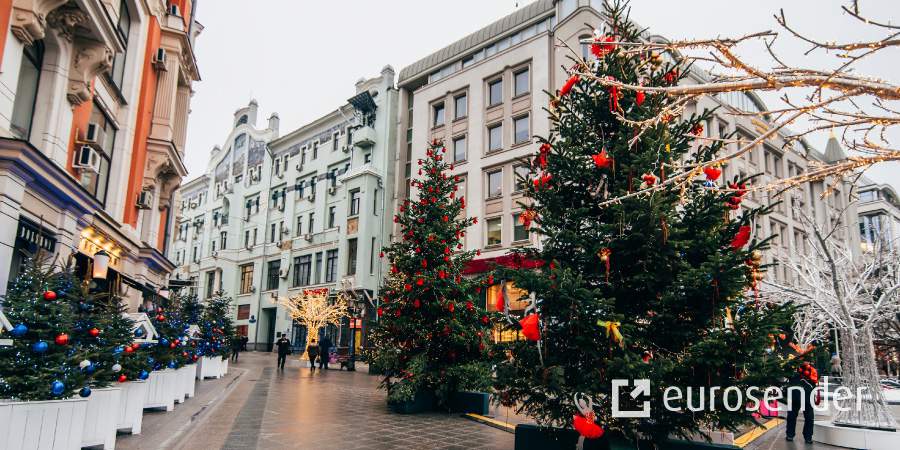 How to send a letter to Santa with USPS?

For American Santa fans, there’s a way to send a letter to USPS Operation Santa program.

The United States Postal Service (USPS) take an annual initiative which started in 1912 when the United States Postmaster General Frank Hitchcock authorized local postmasters to start responding to needy children. Since then, hundreds of thousands of letters to Santa come at the US Post Offices each year. Children and families ask for toys and games, some ask for necessities, or seek for help for themselves and their loved ones.

Operation Santa decided to organize volunteers and organisations as well as their postmasters to answer the letters and gifts.

If you want to write a letter to Santa, place this mailing address in the middle of the envelope. Santa Claus Address is:

Don’t forget to write your full name and address in the upper left corner. Then, apply a first-class stamp in the upper right.

All letters should be postmarked by December 14, though the sooner your letter is received, the more likely it is to be answered.

How to send a letter to Santa from Canada?

By the way, you don’t need postage if you are going to send a letter from Canada. In case you are sending from other countries, you will need to mail with the appropriate postage to deliver the envelope to Canada. For the fastest delivery to Canada from other countries, it is recommended using the standard-sized envelopes and ensure you have placed the correct postage.

To get a response from Saint Nick before Christmas it is better to send your letter to Santa before December 14. Santa’s mailing address is:

What happens to letters sent to Santa?

In case you are wondering, who reads all these letters sent to Santa, the answer is simple – Santa’s helpers! Hundreds of people who work in the post offices as well as volunteers who want to bring more magic to this world read and reply to the letters. Of course, one person can’t do this job alone. So many people around the globe become the ghostwriters to answer all the letters children send to Santa Claus.

Eurosender is a modern platform that helps both business and individual client with their logistics needs. With the help of our service, you can easily book shipping with the most affordable prices. Eurosender cooperates with trustworthy logistics companies to provide you with the best shipping solution not only through European Union countries but also internationally. We also can ship an envelope for you! We provide an opportunity to choose the express service so the letter will arrive faster at the destination.

About the Author / Anastasiia Bernatska

Hello! I am Anastasiia and I am a writer from Ukraine. I am a fan of watching movies, reading books and travelling. At Eurosender I will combine my creativity and knowledge to tell you more about our services.