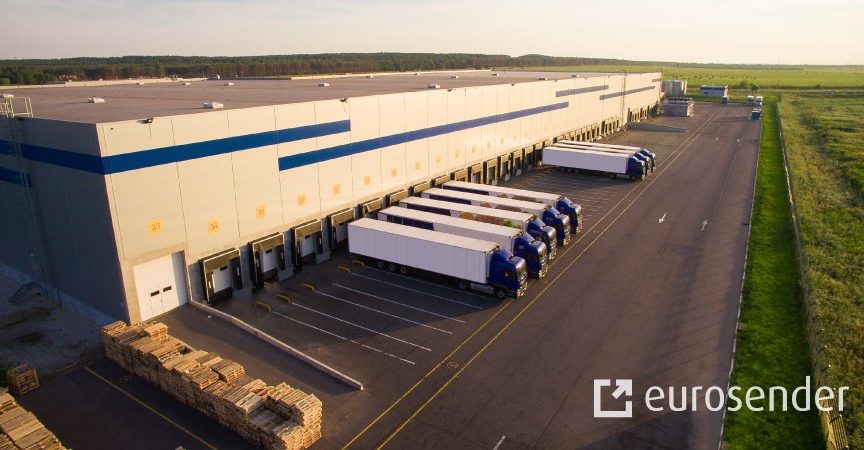 Grasping the actual size of a warehouse is difficult enough but, had it ever occurred to you that several of the highest buildings could fit into one of the largest warehouses in the world? To simplify this even further, imagine that you could put several football fields into one large warehouse, or even the whole Disneyland under one roof, and still have some place left for parking spots! Read our blog to find out about the locations of the biggest warehouses on the planet.

Nowadays we hear about a lot of innovations from the automotive industry especially from Tesla, but what we did not know is that its warehouse is on the list of the biggest warehouses on the planet! The warehouse in Fremont, California, is the birthplace of every Tesla Model S, Model X and Model 3. The Tesla Factory was built in 2008 and it took around 4 years to make its first production of the Tesla X in 2012. It is inevitable to mention the need for automation in this warehouse, meaning, they hold more than 200 robots, and each robot is carrying a name, mainly the X-Men superhero names.

Meyer Werft is one of the major German shipyards offering the world’s most luxurious cruise liners. With the warehouse being built in 1975 in Papenburg, Lower Saxony in Germany, it holds the title for the oldest warehouse in the world. Starting from small wooden vessels, today Meyer Werft holds more than 700 ships of different types: livestock carriers, container ships, river cruise liners, gas tankers, ferries and cruise liners.

Tesco is known as one of the biggest supermarkets in the UK with over 3000 stores, both in the UK and Ireland. Operating with such big number of supermarkets come with the need for bigger a storage space. Therefore, Tesco’s warehouse is on the list of Top 5 biggest warehouses in the UK. This distribution centre was established in 2007 and was sold for 120 000 000 EUR.

This facility was built in 2008 and started with its operations in 2009, and during its time of construction (and since its competition) they represented a hub with many conservation projects such as preservation of more than 12 000 different kinds of insects and wildlife in the area.

This distribution centre is the base of logistics and order processing for the multi-brand Shop Direct and the logistics giant Yodel. This site has undergone a lot of changes throughout the years, starting as a cluster of cotton mills, to mail order processing centre to the warehouse that it is today. Today, the Shaw National Distribution Centre is on the 2nd place on the list of biggest warehouses in the UK and 6th place on the list of biggest warehouses on the planet.

To better grasp the size of this fulfilment centre, imagine 14 football field under one roof. The Amazon Fulfilment centre is on the 5th place of the list of biggest warehouses on the planet and finds its place on the list of biggest warehouses in the UK, respectively. Their conveyor belts are the length of up to 14 km. Each of the packages goes through a scanner on this conveyor belt to check their label and content, which will lead the package in the building. Amazon owns the largest warehouse in the UK and it is quite an achievement, considering they only started in 1995 and expanding to the UK in 1998.

The largest airliner, Airbus 380, is built in Toulouse, in the Jean-Luc Lagardere Plant. This is also the home of the Airbus headquarters, comprising many support and strategic functions. Within this complex, you can also find a training centre for all categories for Airbus customers and operators who fly its jetliners.

This distribution centre was opened back in April 2003, and as the name says, it is the centre responsible for handling the imports of its goods. This place is the hub from which distribution to regional Target shops is made.

John Deere’s Warehouse is on the 2nd place on the World’s list of the biggest distribution centres and for all of those interested to see more of how this factory works, you can request a guided tour! You would indeed need some help if you wanted to go around this factory, seeing the size of it. Before leaving the factory, you can also visit their gift shops at selected locations inside the factory and get yourself John Deere clothing, toys, accessories and more.

The largest building on the planet is the Boeing Everett Factory, that is larger than whole Disneyland! We can refer to this building as a small city, and not a factory. You may wonder why? Well, in the Boeing Everett Factory is the biggest distribution centre on Earth and not only they build planes, but they have their fire department, 7 coffee shops, bikes to help the employees get around = you name it! What’s interesting is that in this factory they assemble the Boeing 737 in just 9 days, and it is ready for its first take off!

Are you surprised about the size of the biggest warehouses on the planet? If you are interested in the largest warehouses in Europe then, we recommend you read our dedicated blog to it.

About the Author / Monika Kelesovska

From staying on an uninhabited island to living abroad, to finally joining our Eurosender team. She is both funny and creative, so we are thrilled to have her in our Marketing department.