What Does the Status “Unknown Recipient” Mean?6 min read 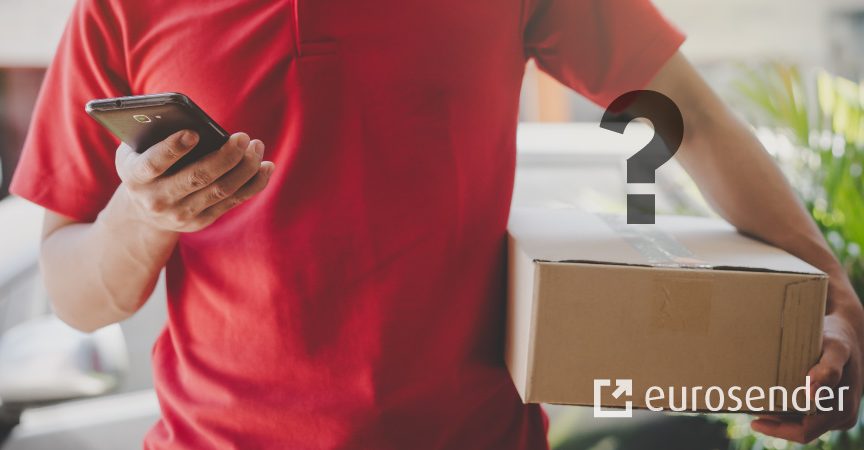 While monitoring the progress of your shipment in the tracking system of the courier company you might come across a status called “unknown address”, “unknown recipient”, “addressee unknown” or “return non-deliverable”. This means that the courier has already tried to deliver your shipment, but the shipping address was incomplete or incorrect.

Depending on the shipping company and their policy on how many delivery attempts their drivers do, they will need additional information about the address or contact details of the recipient to assure the parcel will reach its final destination or will simply return the parcel to the pick-up address.

The delivery address must be complete and precise

In order to be delivered, all parcels must be addressed correctly – especially the postcode, which is among the most important parts of the delivery address. In general, courier companies print out and the courier brings with him a shipping label, but if it may not be the case and you handwrite the address, make sure the writing is legible and that you only use capital letters. Automated post-sorting machines can read most of the handwritten addresses, but printed addresses in all capital letters and a simple font without serifs are preferred. Insufficient, illegible or incorrect addresses cause your shipment to be marked with the status “unknown recipient” or “addressee unknown”.

Do not forget to write a return address, so the postal service will be able to return the parcel if it proves undeliverable.

Can I ship or receive a parcel without a name?

Yes. There are several reasons why people decide not to disclose their personal information such as first and last name. It is possible to ship parcels without a name, under a fake name or initials since the majority of the shipping companies only requires a valid address. In such a case, the parcel without a name will be delivered to the address, not to a specific person. This means that your roommate, parents or any other person, present at the delivery address, can sign the proof of delivery.

Using nicknames, initials, fake names or no name for shipping increases the likelihood of delays, mistakes and other problems in the delivery process and could eventually put your shipment on hold. Some shipping companies will not give refunds for the lost or damaged parcel to the sender who provided a fake name. If you’re sending a parcel without a name to a hotel, hostel or a company, make sure to check their policy regarding unnamed deliveries.

If you were in a rush and forgot to put the receiver’s name on the package, the package will most likely be delivered to the address, but not necessary to the person you’ve intended.

Can I ship or receive a parcel without an address?

There is also a special service for the recipients who don’t have a permanent address where they could accept the shipment. It is called general delivery or poste restante. The shipments received for a poste restante addresses are kept in the local post office for a certain period of time (depends on a country) until the recipients collect them. In order to collect the shipment, the receiver must present acceptable identity documents (ID, passport, driving licence…) and pay for the service. When addressing a shipment sent to general delivery simply write “poste restante” in place of the address. Don’t forget to write the correct name, city and ZIP code! The downside of poste restante is that the post offices in some countries won’t notify the recipient to pick up the mail or parcel and they will keep the shipment on hold for a limited time only.

After an unsuccessful delivery attempt, your parcel shipment will be put on hold. In the meantime, the shipping company will contact you or the recipient of the parcel for additional information on the delivery address. If they will be able to reach you, you will be asked to explain the route to the stated address. Some addresses are hard to find due to complicated house numbering, inaccessible entrances, roadblocks or simply because a typing error has been made during the ordering process.

In case you’ve noticed a mistake in the delivery address yourself (wrong house number, old address instead of a new one), you should inform the shipping company as soon as possible. Adding secondary address information such as apartment number, floor, suite or room in the note field has proved to be very useful for the couriers.

If the sender’s or receiver’s phone number won’t be reachable, the courier will most likely continue on his route. He might try to get in touch later, but this is usually not the case as each courier has to follow his predetermined route. The delivery of your parcel will most probably be postponed and the tracking system result will state “shipment on hold”, “addressee unknown” or “wrong/incomplete address”. Therefore, it’s very important to include the correct local phone number on the shipping label, but note that the driver is not obliged to call you prior to delivery.

The importance of the return address

Write the word “SENDER:” before writing your address in the same format as the recipient’s address. It’s strongly advised to include your phone number. Poste restante cannot be the sender’s address. The return shipping time might be slightly longer because new orders represent a priority for the shipping companies.

When the shipment proves undeliverable and there is no return address, it will be sent to a special facility within a postal system called “mail recovery centre” (once called dead letter office). The items get scanned to be determined if they are valuable. Valuable items are held for a certain amount of time. After that, they are opened in an attempt to identify the address of the sender or the recipient, based on the content of the shipment. If the identification of the owner is not possible, the items will be either auctioned, given to the charity or disposed of as trash.

When you’re ordering a shipping service via Eurosender’s online platform, the sender’s and recipient’s address, as well as the contact info of both, are required which lowers the chance of unsuccessful delivery. If you have any questions regarding the status of the shipment, feel free to contact our friendly customer support team.

About the Author / Katja Ursic

A copywriter who loves delivering useful content to our readers. She loves getting lost in long and complex German words as well as in beautiful endless woodlands.