Strange things sent to and from the Netherlands3 min read 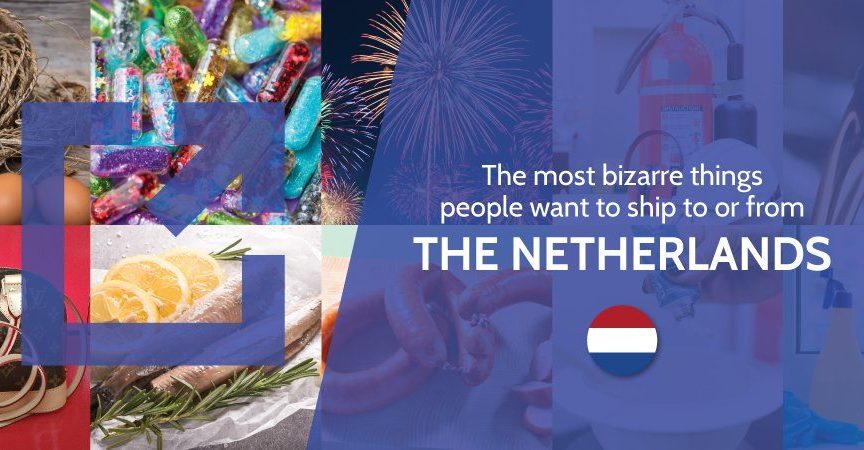 Being such a small country, many Dutch people go abroad to explore other things than the windmills and tulips they see every day. That is why, no matter where you go, you will almost always run into a Dutch person, even though it is among the smallest countries in the world. However, at some point, you always start missing home no matter how far away you are and that is no different for the Dutch. To bring a piece of home to them, Dutch people tend to send a lot of stuff that they loved back in the Netherlands, such as their bikes or the delicious syrup waffles. But even these shipments get a little crazy from time to time. Therefore, Eurosender has created a list with the most bizarre shipments that have been tried to send from and to the Netherlands. 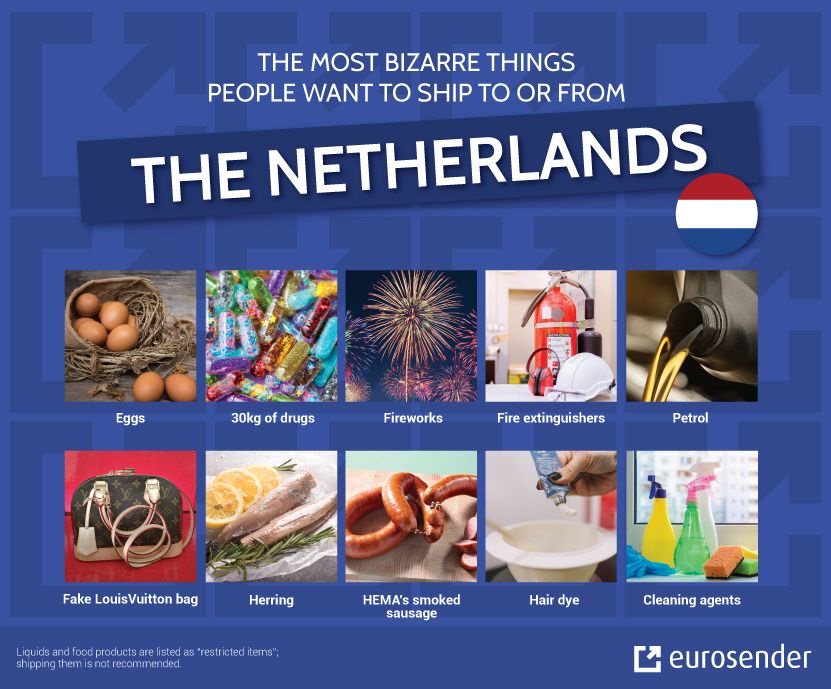 You are on a holiday and you spot a great deal on a designer bag, you cannot let such a steal go by, right? But is there any room left in your suitcase to take it with you or are you deciding to ship it?

Although it is not illegal to wear counterfeit clothing, it is a federal offence to ship counterfeit or fake designer products, even if it is for personal use. The reason behind this is that you are taking part in intellectual property fraud since that Abibas sportswear was not really designed and produced by the Adidas company. Importing these kinds of products goes hand in hand with big problems. And you would not want to spend your money on a package for it to be waiting in customs. Our advice: just let that 10€ Gucci bag hanging. If the price is too good to be true, then the quality often is as well.

Every country has its own version of smoked sausage and the Netherlands can find its true national treasure right in the Dutch superstore HEMA. Not so weird that Dutchies abroad want to get a little nostalgic and ship this childhood-favourite to their place of residence.

However, by courier companies, it is not recommended to ship packages containing food and consider food and other perishables as something forbidden from transport. But when you are able to pack it properly and follow the according to guidelines, you might be able to get those national delicacies shipped to you anyway.

Recently, a customer tried to ship working fireworks in a cardboard box. Although they would make a nice addition to a special party, you would not want them to go off before they arrive at the destination. Because when only a small fire, like a lighter, comes close to those fireworks and happens to start exploding, not even the fire extinguisher is going to help you out. The courier is going to have a not so pleasant surprise in the back of his van when this happens. This is why all highly flammable items are always forbidden from transport, this includes liquids such as cleaning agents and petrol. We assume you do not want to have an injured courier on your conscience, so just stick to confetti for your next party.

A lot of crazy things happening for such a small country, huh? We hope you have a better idea of what items are and are not allowed to ship. Of course, if you do find yourself having questions about what items are approved, please let us know. We are here to help.

What about you and your friends? What are the weirdest things you have heard about someone was trying to ship? Tell us in the comments below!

About the Author / Eszra Brouwer

Eszra is an intern from the Netherlands. She enjoys working in such an international team as Eurosender has and creating content for everyone who is interested. Along with that, she has made it a true sport to go on Erasmus as many times as she possibly can.